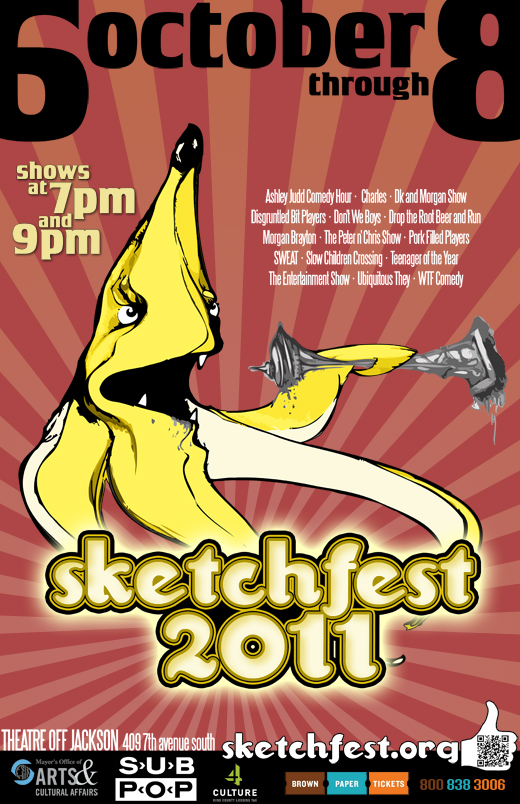 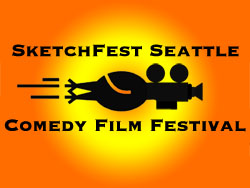 Presenting the best in short comedy films from around the country, the 4th Annual SketchFest Comedy Film Festival kicks off our 2011 Festival with a bang and a whirr. We are accepting submissions until Monday, September 12. Check out the submissions page for details!

SketchFest’s Opening Night Gala continues with a local sketch showcase, featuring Seattle-area groups from the festival giving you a taste of how great Seattle sketch comedy is – with special guests Disgruntled Bit Players, back again after 10 years. 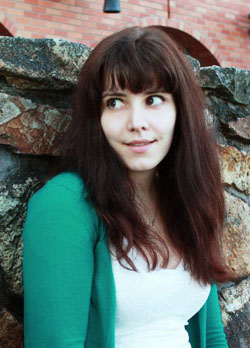 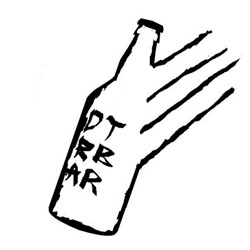 Drop The Root Beer And Run began as a dive bar improv troupe in Olympia, Washington. They now operate out of Seattle, providing the community with fair trade, locally grown, organic sketch and improv comedy on a regular basis. Their comedy is a full on, absurdist sensory overload (except for touch and smell). So, drop the root beer and run home to tell your momma about Drop The Root Beer And Run! (We don’t feel good about that.)
Facebook 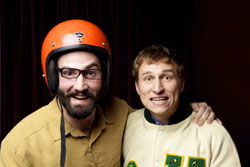 This sketch, improv, and stand-up duo from the wilds of the far Northwest throw nothing but curveballs. Mustering myriad styles, far-ranging premises, and immeasurable amounts of charisma, they will charm your socks off, and then they will knock your socks off. Bottom line: Wear three pairs of socks. 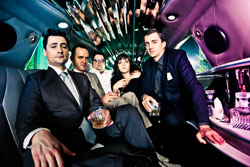 Sweat formed in 2010 when five comedy veterans with backgrounds in sketch, improv, radio, film and theater joined forces to create what has been hailed as Portland, Oregon’s sketch comedy “supergroup” (Portland Mercury). Since forming one year ago, Sweat has performed to sold out crowds in Portland as well as at the 2011 Chicago and San Francisco Sketch Festivals. They look forward to meeting you. 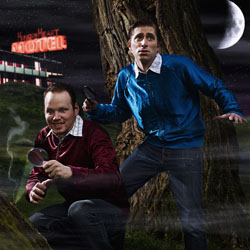 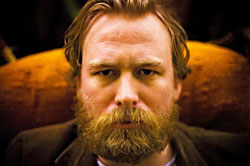 Teller of jokes, maker of things. 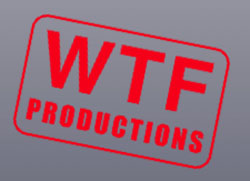 Friday, October 7th – 9pm
WTF Comedy is fully prepared to rock your socks off. Do you have socks? They will be off. Do you want socks? I don’t think so.
sketchyimprov.com 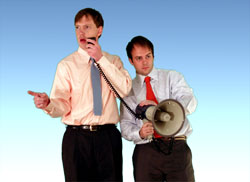 Chuck and Charlie will batter you with wit and intellect. So much intellect. The good kind, though, not the annoying kind.

Same with the wit.
seattleuntimely.com 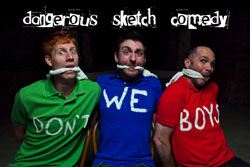 Imagine The Hardy Boys hosting SNL. Danger veterans Joe “Foot-in-the-Grave” Anderson, Dave “Bloody Mess” Lyzenga, and Matt “Safety First” Sterenberg will be performing sketch comedy the only way they know how: with a foot in the grave.
dontweboys.com 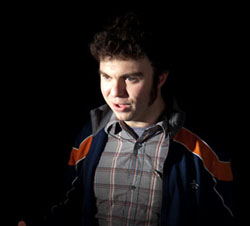 Brian Boshes knows too much about how things really work to ever be an optimist.
brianboshes.com 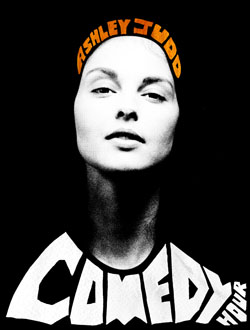 The Ashley Judd Comedy Hour was founded as a community outreach program encouraging troubled youth to participate in the arts.
Facebook 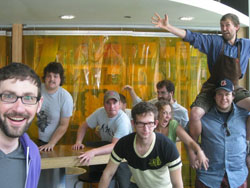 As the offspring of a robot and a super-intelligent woman from the future, Ubiquitous They wants to ask you one question?
ubiquitousthey.com 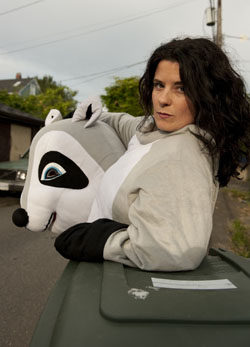 A moth in love. A hard-partying high school valedictorian. An aging vaudevillian with a scandalous secret. Each character a little bit nuttier, a little less well adjusted, and a little more lovable than the last. Add a bunch of catchy original songs and you’ve got Canadian Morgan Brayton’s solo sketch show Raccoonery! Filled with “a cast of characters that you wish wouldn’t leave once the lights fade”, Raccoonery! is “intelligent, cutting comic character work with a political undercurrent” and “a fine example of why Brayton is celebrated as one of the city’s, if not the country’s, top comediennes”.
morganbrayton.com 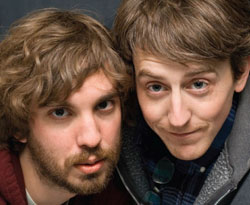 Teenager of the Year is the best in the world. Better than everyone. Waaay better. In every category. Best comedy group, band, sports team, restaurant, car wash, etc., etc., et cetera. Doesn’t matter, bro. They are the best EVERYTHING. They’ve totally blown minds at Just For Laughs Chicago, the San Francisco Sketchfest and the Traverse City Comedy Fest, had short films totally kill at SXSW, and totally defeated everyone in an Atom.com comedy video competition of some sort. So, there. Also, who cares? The end.
Facebook 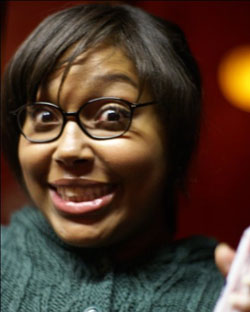 Danielle Radford was an honor student throughout her school days. So the fact that she didn’t finish college, doesn’t have a driver’s license, and can’t hold down a job is just as much of a surprise to her as it is for everyone else. An adept storyteller, Danielle feels very strongly about stuff sometimes. Naturally uninhibited and easily distracted, she is like some kind of crazy candy that is both sweet AND tart. We can’t say the name here, but yeah. That one. Danielle has performed at Bumbershoot and the Bridgetown Comedy Festival. 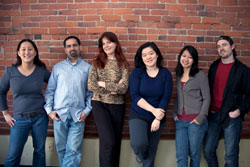 Scientists, journalists, teachers, and office workers by day…by night, we are the Pork Filled Players! Since 1997, PFP has been on a mission to unleash our nerdish funny bones on audiences of every race, creed, and gender across the Pacific Northwest. As Seattle’s longest-running sketch comedy group, PFP continues to redefine Asian American comedy with our unique brand of geek humor, kickass stage combat, and even more kickass leadership of female sketch writers and performers.
porkfilled.com 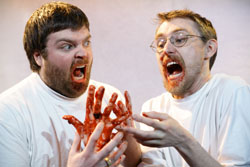 The greatest comedy duo in the history of everything.
Facebook 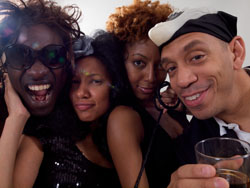 Slow Children Crossing is armed with today’s landscape of intoxicated celebrities, vulnerable regimes, and reality show madness. “Robotic Chocolate”, their newest show, sets the comedic roller coaster in motion with a healthy dose of life. Mixing multi-media with live sketches and live musical acts, the group creates a party-like atmosphere as they lampoon everyone from Qaddafi to the President. Consisting of two men, three women, and an assortment of guest players, they bring a new voice to the sketch world with their slightly crooked perspective. Picture this: naked animals, midgets, dancing nuns, parties at Charlie Sheen’s house– scratch that. Just picture a party at Charlie Sheen’s house and that covers it all! These hip comedians go for broke in this 60 minute fun-filled set. They bet the world with the roll of the dice and are sure to come up………need I say it?……..NO, but it feels so good, I can’t resist…………..WINNING
slowchildrenxing.com